Are you tired of being lied to?

I have been silent for some time now.  I was very busy sorting out all the contradictory and devious informations being fed to me by mass medias all more or less voicing what their corporate or state masters were dictating them.  Do, so called, independant journalists exist?  And if so, where are they published?  I have read or known about no outlet that does not have a left or right agenda; nothing straight down the middle giving both sides of a story and chasing the straight facts as much as they can be accessed.

Obama vs Putin, Hollande caught in between and Cameron handcuffed by his own parliament.  (Wish ours could to the same to our Harper).  Even our Québec gpvernment wants to review how Québec's history is being taught:  not enough  about the Québec nation is being said, they say...worrysome indeed.  In Syria, what to do about Assad, the Alawites, Al Nusra, Hesbollah and assorted groups fighting it out, are there any Syrians involved in there?  Count the dead, the millions or so refugees all over the neighbouring countries, are there any Syrians left?

From a political orphan

Philippe Couillard has just elected as the new provincial Liberal leader.  To me, he represents all that was wrong with our Liberals.  Under his guidance they will become another center right party sharing the vote with the C.A.Q. (Coalition Avenir Québec).
Then there will be the hodge podge of sovereignist parties more or less center left, well Québec Solidaire and Option Nationale, far left.  But, I am not a sovereignist, nor a center rightist.
So, from now on, where should  a center left voter go to?
In the next election, I guess I will have to cast a white bulletin.  First time in my life.
Publié par potsoc à 15:24 8 commentaires:

How did we get there?

Canadians and Canada have always been, save under very particular circumstances, pacifists and mediators; having a balanced approach to world crisis and rivalries.  We now have a saber rattling and very partisan government, more Israelite than the Israelis and putting us all in line with whatever the U.S. government deems good for it's citizens.
WE have virtually become the 51st star on the Star Spangled Banner.  Yet, although having a majority of seats in the House of Commons, Mr Harper got only 40%  of the popular vote.  That guy said; "Give me a majority and in 5 years you will not recognize this country!"  The way he is going about destroying all that we were, by golly, he is keeping his promise.
And no one can say that they were not told.
Publié par potsoc à 14:26 5 commentaires: 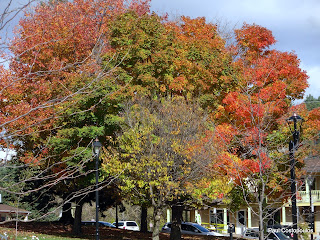 I Tthink that I shall never see
A poem lovely as a tree.

A tree whose hungry mouth is prest
Against the sweet earth's flowing breast;

A tree that looks at God all day,
And lifts her leafy arms to pray;

A tree that may in summer wear
A nest of robins in her hair;

Upon whose bosom snow has lain;
Who intimately lives with rain.

Poems are made by fools like me,
But only God can make a tree.
Joyce Kilmer 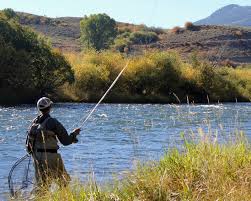 Why wait for Hallow'een to disguise one self. 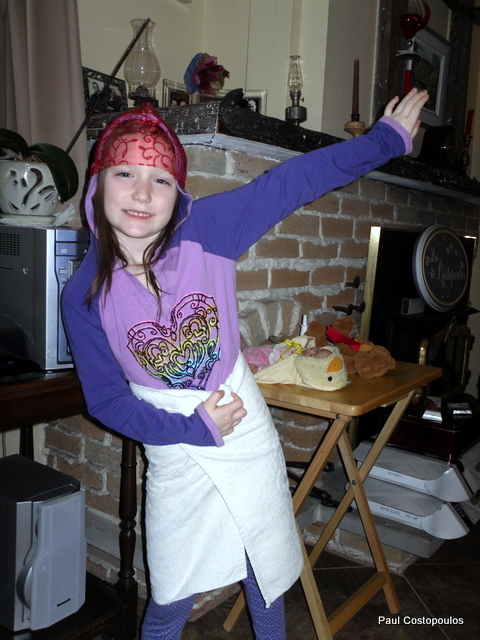 Ariane wanted to know what hippies used to look like.  She caught on very fast.